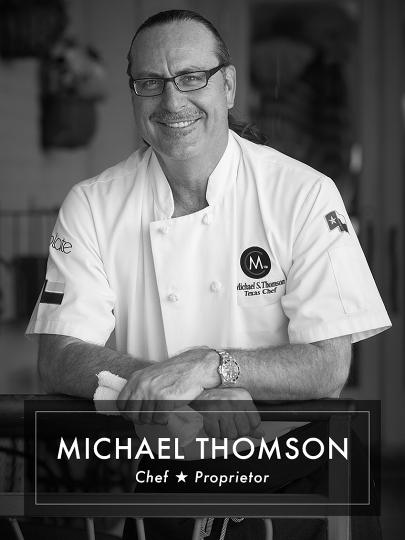 Chef and restaurateur Michael S. Thomson is a recognized leader in the Texas food movement, and the force behind MICHAELS CUISINE Restaurant & Bar. Thomson founded the restaurant in 1992 after an early career with several well-known Texas hotels and restaurants. For 8 years, he was the corporate consulting chef for the Burlington Northern Railroad, and was an international chef for Delta Air Lines during the '90s. Thomson also served as an ambassador for the Texas Beef Council and the U.S. Meat Export Federation, training foreign chefs in the mysteries of Texas Cuisine. One of Fort Worth's Most Celebrated Chef's, his innovative cookery reached a national audience through his column, "C.P. Express" in Chile Pepper magazine, as well as through frequent television appearances and cooking classes. Michael has served "Contemporary Ranch Cuisine" around the world from US Embassies to the Famed James Beard House in New Your city as a Proud Ambassador of Texas Cuisine & Culture. 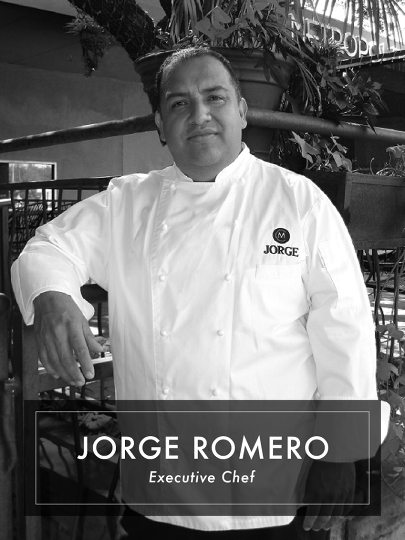 For over eight years Jorge Romero has been the Executive Chef of Michaels Cuisine Restaurant & Bar. Jorge has influenced and created many of the unique dishes served at Michaels. He started his extensive career in 2003 as a chef in Chicago after graduating with a culinary degree from Joliet Junior College. Jorge moved to Texas and worked under the supervision of Chef and restaurateur Michael S. Thomson for six years. The desire to experience all aspects of the world of food led Jorge to travel abroad and become a chef in India, providing him with the knowledge of the cuisine and culture. He further expanded his palate and expertise by moving to the fast developing Dubai, where he honed many techniques of preparing extravagant meals. Jorge eventually returned to the Lone Star State and Michaels Cuisine, where he is family and Executive Chef.